The Cloth Cat case studies return, and this time we shine our literal spotlight onto Deborah Price, and grill her about what it’s like being a production coordinator in an animation studio…

How did you get into production coordinating?

When I was at the University of Wales doing my BA in Animation, my lecturer said to me once she thought that I’d make a good producer. I think that must have been because I was always the mediator in our course rec meetings, and even outside of work, I was the one sorting plans out! I was always super organised and made sure everything was on time, and I was never too stressed either. So that was what made me think, ‘Hmm, maybe I want to be involved in the production side rather than the actual animation side.’

What does your role involve?

It involves a lot of spreadsheets – Google Docs is my best friend! I’m in charge of dishing out the work, making sure everything’s done on time and to the best of everybody’s abilities, and making sure what the clients have asked for is listened to and incorporated into what we’re sending back. I always try to make sure that everyone’s happy as well – team morale is super important. I suppose my role also involves baking! Distribution of sugar!

What kind of tools do you use day-to-day?

We use ftrack here for most of our 2D animation projects. It’s a really great tool, and I like that it’s very visual. The developers are really helpful as well. Oh, and to-do lists! I swear by them!

What skills are important for production co-ordinating?

Organisation. Remembering stuff (which is why I have so many to-do lists!) A good eye for detail. Compromise – that’s a great skill to have. People skills. And as I said, baking!

I love it! I really love it. Everyone here is good friends, which is the most important thing because we spend so much time with each other in the week. It’s a great community, and we do lots of things outside of the studio together. We’re a nerdy little family!

What was the last project you worked on?

So I just finished up on the Raymond Briggs feature film, Ethel & Ernest! That was a load of fun – it was the biggest project I’ve worked on so far and it was absolutely stunning. I was Colour Coordinator on that and it was so interesting to see the stages of the shot, from line work to flat colour to the gorgeous final look. I also did some colouring on that myself which will be my claim to fame! The story is the main thing I love about E&E; it’s real, sad and wonderful. I can’t wait to watch it with my family soon.

Disney Imagineers. They’re just slammin’. I love that they can take something really boring, like an hour-long queue for a rollercoaster, and make it just as entertaining as the ride. It’s magical! 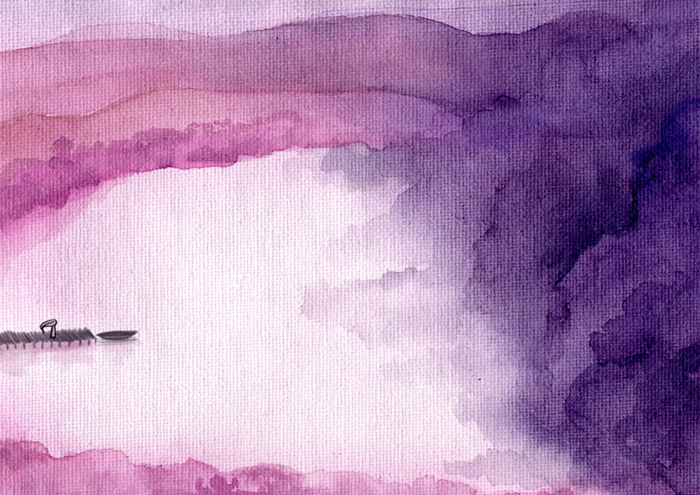 Describe yourself in 3 words

What do you like to do in your free time?

If you were a cartoon character, who would you be and why?

I would LOVE to be the Blue Fairy from Pinocchio, because she gets to wear that beautiful dress, she saves the day when things have gone cray and she can fly. I’d make her a brunette though!

Tell us an interesting fact about yourself.

When I was 15 I was the drummer of an all girl band called ‘Poisoned Elegance’. We didn’t last long.