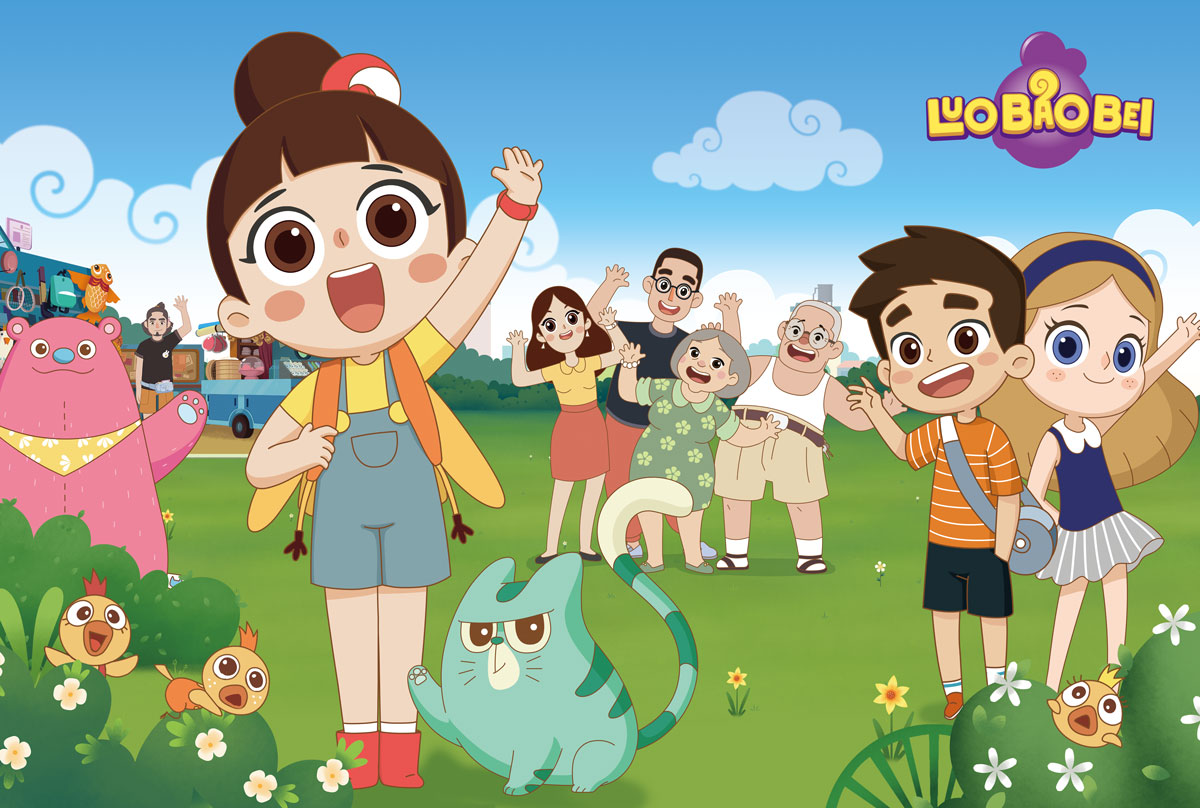 Luo Bao Bei is our exciting 104 x 11 series for 4-8 year olds. The series centres on spirited, fun-loving 7 year old Luo Bao Bei as she explores everyday life with her friends, family and animal companions, having adventures and learning that even though we seem different on the outside, the emotions we all feel make us fundamentally the same.

Cloth Cat provided a full production service for two series for producer Magic Mall, all the way from development and scripting, to full online deliveries across the world. The team was mainly based in Cardiff and 40 staff contributed throughout production. All the animation was completed in CelAction and post production was handled by Gorilla Group. By the time Series 2 was completed in May 2020, it had been exactly 4 years since our first conversations about working with Magic Mall. 104 episodes in 4 years is a great achievement!

Starting life as a popular cartoon spokesperson and community icon in Beijing, this show is created by Grace Tian. Majority funded by Magic Mall, it was their first production outside of China and we’re delighted with the meaningful cultural exchange that our collaboration with talent in Beijing brought developing and producing Luo Bao Bei as an animated series together.

Blending Chinese heritage with a dash of British humour and charm, our terrific multi-talented team worked hard to bring this vision to life. The series writing team was led by award-winning Head Writer David Ingham and the storyboarding, rigging, layout, animation and post-production was all done here at Cloth Cat. Luo Bao Bei is available on multiple digital platforms in China/ CCTV China and can be seen on Australia’s ABC Kids, Channel 5’s Milkshake in the UK, Canal Panda, Hop Kids, SVT Sweden, True Visions, France Televisions and Netflix!

With funding support from the Welsh Government and UK Animation tax breaks, we’re very pleased to have provided many new jobs in Cardiff and continue to contribute to the creative industries in such a significant and exciting way.