Another whirlwind year of production is almost at a close and, in the last few weeks of 2016, Cloth Cat Animation has been making headlines! Here’s a round-up of our latest news.

Production is in full swing on our brand new animation series Luo Bao Bei, and this collaboration with Chinese company Magic Mall is receiving great coverage: BBC Wales, Wales Online, Animation Magazine and China Daily. Blending Chinese heritage with a dash of British humour and charm, our terrific multi-talented team is working hard to bring this vision to life, ready for broadcast in 2017.

We’re very pleased to be providing many new jobs in Cardiff and contributing in a significant and exciting way to the creative industries, which continues to be one of the fastest growing sectors of the Welsh economy. As we expand, championing Welsh creativity and talent is something that remains very important to us, and as Cloth Cat’s MD Jon Rennie says in an interview with BBC Wales, film productions ‘must have their hearts in Wales’.

Also hitting the headlines is Ethel & Ernest: after its premiere at BFI London Film Festival, a nationwide cinematic release and glowing press coverage, the film has made a big splash in this year’s Christmas Radio Times. Not only has it been showcased with a special feature about Raymond Briggs and the history behind the film, but it has also earned itself a coveted Pick of the Day spot and been named ‘undoubtedly the major animated work of 2016’.

We’re very proud to have helped bring Raymond Briggs’ vision to life in this special film, and can’t wait to share it with audiences around the UK for Christmas. Ethel & Ernest is showing on BBC One on Wednesday 28th December at 7.30pm – a real animated treat to watch with your loved ones.

We can’t think of a better way to round off our busy and productive year. 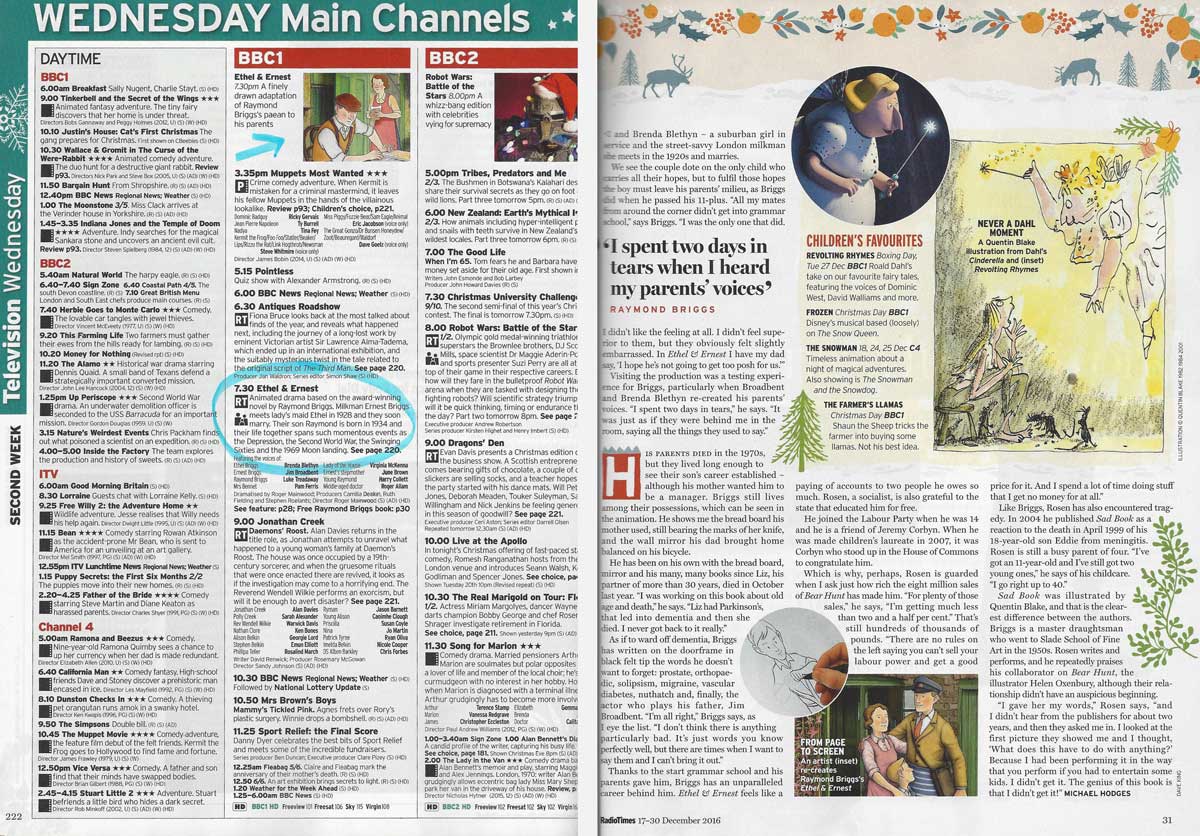