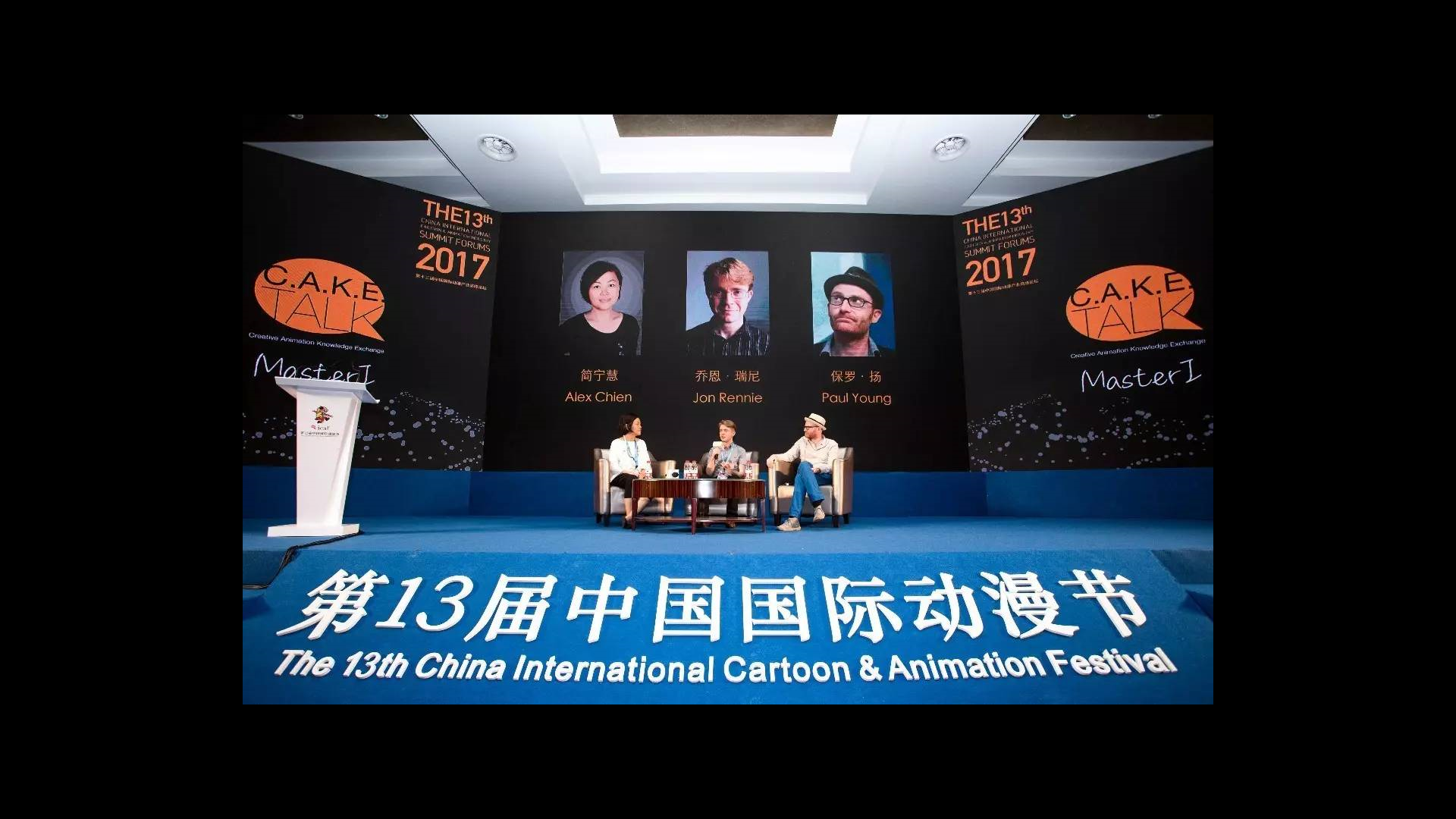 Our Managing Director, Jon Rennie, was invited over to China as part of CICAF, The 13th China International Cartoon and Animation Festival, to discuss his experiences at CAKE TALK – the Creative Animation and Knowledge Exchange, new for 2017.

“The core of any good animation series is love and caring. Luo Bao Bei is a ball of energy, enthusiasm and boundless positivity, but at her heart she’s a seven year old girl learning to grow up around her family, friends and pets. It was important to Grace Tian, LBB’s creator, that we have love at the centre of the series and make a character that children could identify with. My favourite series and films as a child were those that entertained but also had a depth of character that made them seem real. I think it’s important that we are able to make new series that can travel the world and make us laugh and cry but also feature those universal themes of love and caring.”~ Jon Rennie

Jon also helped judge the Golden Monkey King Awards, which handed out prizes for animated features, shorts, series and comics. The awards are given out at Bronze, Silver and Gold level, and were split between full developed works and “promising” works. More information about the winners can be found on the CICAF website.

As part of the coverage of CICAF, China Daily did a Facebook Live broadcast that showed Jon with Paul Young, Producer of Song of the Sea, using traditional Chinese printing methods. Check out the full video below.

Of course that wasn’t all that Jon was up to on his trip, and as a keen photographer he took some great pictures while he was there. You can check out the pictures he took on his Instagram or see a selection below: